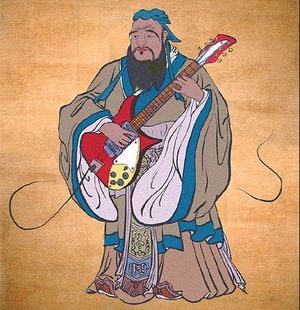 Let me be really honest. Let me preface said honesty by saying honesty is not something I’ve always tended to come by all that… well, honestly.

I don’t mean to suggest I’m an outright liar (although I’m certainly reminded recently of the tenet “adult children of alcoholics lie when it would be just as easy to tell the truth”).

Small lies. Little white lies. Things you say because you learn when you’re young that speaking your truth gets you in trouble whereas telling-what-you’ve-been-taught-is-appropriate might get you what you want. Maybe. Or, at the very least, it will keep you out of trouble. Sometimes. Flip a coin.

In spinning their yarns, songwriters stretch truths. I suppose that’s part of the job. It used to be there was a buffer of sorts between musician and audience. Or, at least that’s how I imagined things to be when I was a kid. If you asked Bob Dylan what this-or-that song was about, he would have steered you on an impenetrably wild goose chase. Once upon a time, I tended to find that more captivating than straight answers. To boot, I didn’t want to know about, say, David Bowie’s personal life; it would have killed the mystery for me, and the mystery was part of the allure. But I suppose even then there were folks who were dying to know what brand of underwear he wore. You know – private stuff like that.

Well, if you derive pleasure from the mystery, here’s a good place to stop reading.

Otherwise, here’s one for all you insatiably curious types. It’s the first song I’m sharing off the forthcoming Clutching At Straws LP. For those of you not yet as grizzled as me, that means “long-playing” in the parlance of record albums. And, at 18 songs long, I feel within my rights attaching such antiquated terms. Yeah, it’s a behemoth.

And, with the share, I also expose the lie. You see, the protagonist of our tale in Sad Solo Violin isn’t some imaginary girl. Our she is a me. And why, pray tell, might I choose to feminize myself? Perhaps because openly saying I’ve struggled with facets of depression, loneliness and despair at many life junctures feels – well, let’s just spit it out, shall we? Unmasculine.

Back when I’d begun recording these songs, I played this for a very talented female songwriter friend in town. She said, “I don’t know why; I just started crying as I listened.”

Understand I’m not here to deliberately push anyone’s emotional buttons. But I will say something I maybe wasn’t expressly ready to say back when I wrote this: “dudes – it’s okay to be sad and lonely sometimes.” Even David Lee Roth used to say so, in between snorting lines of coke.

Another lie I used to tell, when people would ask me what sort of music I used to play: I’d say, “oh, dumb three-chord rock songs.” Having grown up in a household where my musical inclinations were often frowned upon as frivolous at best and a waste-of-time at worst, it really comes as no surprise I’d devalue it in such away.

As it turns out, and as I’m coming to discover the hard way, devaluing the things we love and value most really does constitute an abysmal state of affairs.

It’s pretty much taken me a lifetime to get on a forum like this and muster the nerve to talk about what I do and the ways it makes me tick. Perhaps that’s because I’ve been operating under the supposition I lacked something worthwhile to say; something valuable to offer. And perhaps, in actuality, that’s accurate. In any event, perpetuating mysteries is becoming less and less a tenable proposition. Instead, I’m coming to find the dudes I treasure the most in this world are the ones who wear their hearts on their sleeves.

No matter whether you like this song (though, of course, I hope you do). No matter whether it stirs something in you. Some song somewhere did once; maybe many songs, more than once. This has happened for you just as it’s happened for me. Music is important – mine, yours, anyone’s. It’s essential to our humanity.

I know this to be a truth of the ages. No lie.

(And make no mistake – this song has five chords. Math tells me that’s two better than three.)

“Music produces a kind of pleasure
which human nature cannot do without.”
– Confucius