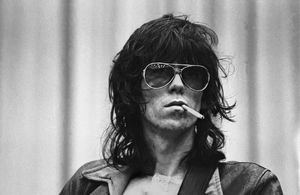 Somebody once told me Keith Richards said all the songs in the universe had already been written; one just had to channel and tap into them. I don’t know whether he truly said that, or whether it’s a false attribution (tried to find it online – if anyone can refer me to it, I’d be glad to know it’s an actual, factual thing).

For whatever reason – and whether true or not – that notion stuck with me. What I do know: some songs really do come in a virtual flash. You sit down with a notion and, 30 minutes later, voilà – the whole thing is done. This was certainly the case with Sad Solo Violin, which I posted yesterday.

It was, in fact, the case with many of the songs on Clutching At Straws. I might tend to have an initial knee-jerk that songs coming from somewhere “out in the universe” is suspect notion; they can seem so intensely personal and rooted in inner experience. Then I’m reminded of everything from Vedic cosmology to new age-y notions ("you are the universe"); Alan Watts to things closer to my own tradition (“the kingdom of God is within you” – KJV, Luke 17:21). 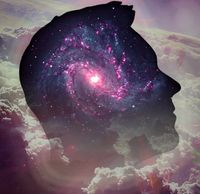 But then – and this always happens – you step away from your songs for awhile and, when you return to them, you witness a multitude of meanings and symbolic strata residing underneath whatever it was you thought you were trying to express at the time. Gee, and here I thought I was just trying to carry out some dexterous wordplay and tidy rhyme schemes. As it turns out – and largely oblivious as I may be at that present moment – I’m combing the depths of my unconscious. And, most certainly, murky shadows.

Therein, maybe your unconscious, too? Beneath the surface of these songs – which I tended to initially think were about love and sensuality and loss and destitution – what I now see are certain pathologies and perversions. And, most definitely – something that’s been borne out in more recent moon phases – the ways I’m something of a codependent basket case. Once upon a time, I might have been ashamed to openly admit such a thing. Nowadays, I’m in on a comforting little secret. It’s called: we’re all neurotic somehow. Solidarity, brothers and sisters.

As to Project Instant Songs: Just Add Water, our little track here constitutes anything but. This baby was like steel cut oats; took a virtual forever of patient stirring over low simmer. Months of setting aside and returning. Nipping and tucking of lyrics that were never quite hitting the bullseye. Musically, it originated on guitar and I think it was my love of the chord progression that kept things afloat. I’d been monkeying with an alternate tuning that was one part Joni Mitchell and two parts Johnny Marr. But then one day I sat down at a piano and everything began to gel.

The whole initial thrust of Clutching At Straws was to capture the immediacy of an intimate performance. I wanted them to sound how they sounded to me when I was sitting in bed and quietly strumming, late at night. As with yesterday’s Sad Solo Violin, many of them were recorded singing and playing guitar at the same time (that sort of synergy simply can’t be captured with a multi-track approach). Trying to capture one “take” with the right vibe was one of the operative objectives at hand. As it turned out, for some of the tracks, we ended up layering a lot over them and lending all sorts of stylistic variance, from ’70s Philly Soul to T-Rexian swagger. And I’ll have something to say about those in upcoming days.

But, for now, a song stripped threadbare to nothing but one solo vocal and two shaky piano hands? Never had done that before. Though guitar is my main instrument, I actually started on piano at 6 years old. Coming full circle in that fashion really wound up being something of a delightful surprise.

At that, allow me to present you with the first of its kind. In my universe, at least.

“About myself I have no great illusions. I know what I am.
I know what I'm good at. I know what I ain't. I'm always hoping
to surprise myself. But I do have a love of music and I do love
to communicate it, and that's the best I can do, really."
- Keith Richards

As to other things piano playing and metaphysical rumination, enjoy: