Post-Holiday Swag and the Unbounded Universe 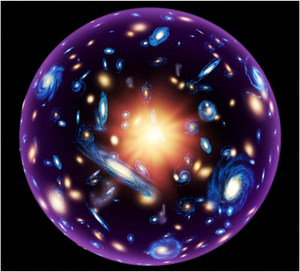 I’ve been thinking a lot about this whole blogging deal. To boot – with two albums recently in the marketplace – selling oneself.

I think I’ve avoided that “selling” mentality, lifelong. In fact, I’ve been so averse to it I’ve probably made counterproductive decisions, at least in terms of that ideology known as consumer capitalism. Lots of bullet holes in the feet.

Perhaps the impetus of this is the notion that, to find success in the music marketplace, there are rules that need to be followed. Formalities. Proper avenues. Ladders to climb. Parameters. And, I suppose, living in a bounded universe, there is truth to all of that.

I have been reminded of this recently by multiple friends, who’ve noted releasing both electronic and more traditional rock stylings under the same name is confusing. And I guess maybe it is. Take that, foot.

But what I have sometimes tended to find happening is whenever I get a creative idea – a spark in my mind where I say, “ooh, yes, I need to do that” – is a counter-thought arising next: “well, that’s not very viable in terms of smart branding. How on earth are you gonna sell that??” And sometimes, when that counter-thought arises, I end up not even pursuing the creative idea. Because something in me intuits it won’t bear fruit.

This is cyclically disheartening.

It has taken me half a lifetime to understand the most liberating thing one can do is detach from any potential results. This is not to say one can’t or shouldn’t be hopeful. All I’ve ever dreamt about since being a kid – every fantasy, vision or desire that really set my mind and heart on fire – has been about music. The idea that I could make it my livelihood was firmly implanted at an early age.

Never have I managed to make it my livelihood. 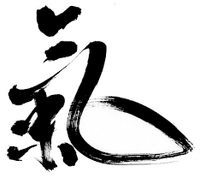 Yet here I am, still doing it; perhaps more doggedly than ever. And still feeling the intoxication of creative fervor.

Maybe we have wrong notions about livelihood. Being a word nerd, I went to look up the etymology. The old English has to do with “way of life” or “life course” or “means of keeping alive.” Of course we all need some dough to survive. But, outside of that, what brings one to life? If having an idea lights up one’s excitement or imagination, the generative energy of that force is life-affirming, not whatever potential outcome or external result one ties to it. Ch’i. Prana. The force that permeates all reality. If it puts a spring in your step, to coin someone else’s marketing tagline, just do it. That is honoring one’s joy. The creativity itself is what counts. Joy is the fruit.

What does that have to do with blogging? Dunno yet. Still figuring that one.

Meantime, I put out this epic glam-folk effort (official release: Jan 4, 2019), and this electronic departure. Both, virtually on the heels of one another. Two utterly different stylistic things. Why? Simple: because that was the idea that excited me.

I’ve been continuing in the electronic vein and recorded this one over the holidays. I like it. I always like whatever I’m working on at the moment because it’s super-fresh in my mind. You can download it here, for free. The token musical wisdom is, “don’t give away your stuff; it undervalues your worth.”

Maybe so. But I’m gonna give the unbounded universe a try for a little while and see how things fit. Roomy, I'm betting.

I hope you like it, too. It’s called Don’t Give A Hoot.