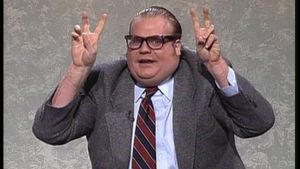 Clutching At Straws drops tomorrow. I imagine it will be a largely quiet affair, and don’t think I ever really imagined it otherwise. There’s a whole lot of supplementary noise to contend with out there and, while it’s true I may suffer from intermittent bouts of logorrhea, I’ve never really been one to speak more loudly as means of getting my point across. Besides, China just landed on the dark side of the moon and I happen to understand this is infinitely more interesting. To both believers and conspiracy theorists alike.

For those of you who dabble in or take interest in such things, I’m an INFP (Myers-Briggs). Fairly quiet and reserved on the outside but lots of imaginative oddity and intense emotion on the inside. Guarded and private. It’s weird for me to do the social media thing; always has been. Much moreso spill in blog format. Let me be honest – I tend to get a little judgmental about people who ramble on about themselves. And then let me be brutally honest – my shrink says this is a projection onto others of my own desire to feel comfortable sharing myself in a more free and open fashion. He says this blog stuff is a good exercise for me. A learning experience, in finger quotes.

And then there’s the whole album thing. You can’t put out an album and then not talk about it, right? Well, technically, this is untrue. I’ve released two albums in years past and hardly said jack shit about either one. So I assure you this is infinitely possible. This year, as it turns out, I’m releasing two albums at once and blathering incessantly. Needle swinging hard in opposite direction.

In between said finger quotes, I’m finding a tendency to verge between desires at seeming odds: 1.) to be wholly sincere; and 2.) to be utterly impudent.

I suppose the sincerity stems from the fact Clutching At Straws really is a collection of the most heartfelt songs I’ve ever assembled. And the impudence is a longtime product of defensiveness and fear of being vulnerably exposed. Even if it’s me doing the exposing, voluntarily.

Up until I was about 26 or 27, I didn’t write my own songs. I didn’t really sing either. Maybe some “yeah yeah” backup vocals here and there. I was always a sideman. At that time, I was in a band with another fellow, and started speaking of my newfound desire to write and sing. He quickly reprimanded me, insisting I should “know my role and stick to my strengths.”

Well, never tell me I can’t do something. This will be a nuclear-grade impetus for me to set about doing just that. Nevermind how it actually may be an awful idea. My mule-headedness will rule the day. In any event, and for better or worse, I jumped on board the songwriting thing with something of a fervor.

So I’ll talk a little bit about another one of these songs. And then I’ll offer a little bonus bit. And then I’ll say some more about being a sideman. In precisely that order. Consider yourselves effectively prepped.

Boy In The Bubble is, in one way, the oldest song on the record. I had a dream about it when I was 19. The only things I remember from the dream are A.) that I kept repeating the phrase “the boy in the bubble,” over and over, in a Dylan-esque style; and B.) that I was accompanied by a horn section. Oh, and it was in the key of B major. Nothing ever came of it beyond that. But it stuck with me for years.

Nothing, that is, until I started recording Clutching At Straws, whereupon I actually had the notion to try putting something together. I remembered John Travolta from 1976’s The Boy In The Plastic Bubble. I went to research the story of David Vetter, upon whom the movie is based. I was simultaneously fascinated and appalled by the culpability of the medical establishment – David was conceived with the specific 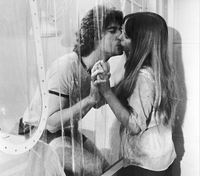 advance knowledge he’d need to live his life entirely within the bubble. I was particularly moved imagining the sense of isolation he experienced, and how psychologically detrimental that must have been; too, the lack of physical touch, given how important that is for nurturing healthy human development.

So I set about writing some lyrics – all of which I realized later could only be filtered through the lens of my own neurotic angst and attachment issues, of course. Here’s your chance, armchair psychologists. But I digress. And then I divert.

It ended up in the key of G. Guitar geeks might hear I employed the open G tuning, which is favored as Keith Richards’ secret weapon (although he stole it from Ry Cooder). If you really wanna dork out, take note that I kept the bottom string on and tuned it all the way down to a low C, which lends some extra, distinguishing bottom end boom.

No horns, ultimately, but drums were played by Pete Johnson. I played with Pete for a long spell in ‘80s tribute band Brat Pack Radio, and it was a blast. One way Pete and I hit it off was via our mutual love of Cheap Trick – specifically, I was thrilled to hear about his admiration for Bun E. Carlos. I rarely if ever meet other drummers who cite Bun E. as an influence. I guess 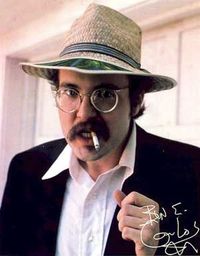 the best way to describe the magical element here is “swing” – Bun E. has swing, as does Pete. Once upon a time I encountered someone saying (was it Keef?) that the problem with rock-n-roll nowadays is it’s all rock and no roll. It’s all aggression and attitude and drive (the “rock”), but none of the swing, or playing slightly behind / around the beat (the “roll”). Think Al Jackson, Jr. That’s the jazzy, R & B influence that makes things sound groovy, kids. And it’s been largely white-washed from modern music. Pete, thanks for keeping things imperfectly perfect.

As to other imperfections, this is a one take lead vocal. It was only meant as a scratch; a temporary place keeper. I figured if I sang it again I’d just fuck it up in other ways. So I kept it. That’s the other thing about modern records – every word, note and line is scrutinized to the point where it no longer sounds human. I’ve been missing humanity lately. And not just in music.

LISTEN – Boy In The Bubble

As to other facets of humanity, here’s your bonus material. As noted in an earlier post, another thing I’m trying to embrace lately is what Jung would call the Shadow: those repressed, marginalized and/or disowned parts of ourselves we’ve pushed aside but need to actually integrate into our being to experience being wholly human. Make of the lyrics what you will. The musical basis of this song was a Wurlitzer piano, which I still think is one of the coolest sounds going on. It also includes some marimba, which reminds me of King of Pain by The Police. That wasn’t intentional theft. It only occurred to me after the fact. Call me a pickpocket if you wish. Then, send money. Just remember if it was a cowbell keeping the rhythm instead you’d be none the wiser. 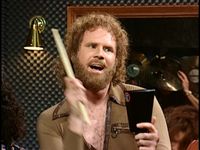 Okay. On to something about which I can speak with considerably greater contentment and ease: being a sideman.

I’ve been doing this a long time – since I was about 18 in original bands (13 if you consider the even-earlier cover bands). I have always loved whatever sense of personal accomplishment and satisfaction I’ve felt by virtue of contributing to a project where someone else was the primary writer and/or front person, yet I got to collaborate and impart my own stamp to the overall sound. Sometimes that’s been just by virtue of what I’ve played, and sometimes I’ve lent an actual hand in the writing process. To me, Mike Campbell once had just about the most enviable job in the world (R.I.P., Tom Petty).

Maybe this is that privacy-fixated INFP in me wanting to experience the satisfaction of being thoroughly musically involved in something bigger than myself but not wanting to be the primary focus of attention. Yes, as I’ve articulated here, I do have songs of my own to write but, at heart, what I value most is being involved in the thing I love most. I like playing in a group. I like feeling that I’m serving something. I like the synergy of what happens when people get together in the same space and play; you cannot duplicate than in many other mediums. It really is something special.

Within the past year (a little more than that, actually), I’ve had the opportunity to play in a band – Lolo’s Ghost. It has been one of the more rewarding experiences in my musical life so I actually want to wrap what will likely be my last post about Clutching At Straws (before its release date tomorrow, at least) by saying something about another band entirely.

Lolo’s Ghost was looking for a new guitar player in the summer of 2017. James Loney (singer/writer) called me and I went into the studio to play a small handful of songs – which was great fun. But shortly thereafter he invited me to come play a full evening’s show. Outside of the few songs I’d heard in the studio, I had pretty much zero listening and/or learning time invested in their other material at that point. I decided to show up anyways.

I assure you standing on stage with a bunch of people I hadn’t yet met playing a bunch of songs I hadn’t yet heard constituted a sort of nerve-wracking plunge I’d never yet taken in this arena.

What unfolded has sort of turned my world around, ever since.

The short of it is that everything turned out just fine; more than fine, really. The long of it is harder to capture. But I will try.

To me – that paragraph has to do with so much more than music. My sister once told me, “J.J., music is the crucible through which you experience and come to understand everything else in life.”

Music can be a hard path. I’ve seen so many of my peers struggle with anything from their finances to their personal demons. But that is universal; not particular to the trade. What happened is I had the felt experience of what it’s like to A.) lean into others; and B.) really, truly trust myself. To me, that is huge. I wish you all a similar experience. Hoist your sails. Let the winds take you where they may. Whatever your path, have faith you are right where you need to be. The universe has your back.