What's In The Box? 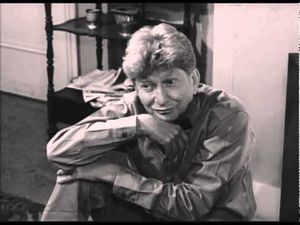 As I hear told, Pandora opened it, and all the tribulations and miseries of the world fluttered out to afflict humankind.

I’m fairly sure that won’t be happening here but you may have to suffer through what will surely constitute my lengthiest blog post in a very long time. Remember – you can always opt out.

I want to speak a bit to my experience of putting this record together. First, I’d never before ventured firsthand into the realm of digital recording; lifelong, I’ve always gone into others’ studios and had them do all the engineering. With Vairagya, I took the leap at long last of getting in and getting my own fingers dirty with this stuff. That was a learning curve all its own.

Unlike my usual process of songwriting, wherein large portions of data (lyrics, chord changes, melodic figures) seem to materialize from somewhere in the ether (a mysterious phenomenon in its own right), with each of these songs I came to the table with literally nothing; started at the zero point. I would rifle through a voluminous bank of loops in search of this-or-that to somehow capture my imagination (listen to these things over and again, and I assure you they become earworms in their own right). Then I’d listen for other loops that might layer over them in an attention-grabbing fashion, or start building my own beats or complementary melodic figures.

Long story longer, even all that becomes mind-numbingly repetitive after a spell. Where to take it next? Sometimes, I didn’t know. I’d step away and approach it the next day. Maybe a new idea would present itself. Perhaps a key change or modulation. Or perhaps I’d get into some of the loops and slice & dice them; manipulate certain notes and pitch them up or down. Or maybe it was a matter of stripping certain things away. It's amazing how important and effective subtraction can be.

In each case, I still didn’t know where the songs were going (or even, granted, if they were going anywhere good), but they still grew a little more every day. At some point, a light at the end of the tunnel would appear and – after some varying unfolding of time – it was, “huh. I guess this one’s done.”

It’s difficult to convey to you what a cool feeling that is, though that’s precisely why I share it. One song became 13 (fifteen, actually – two didn’t make the cut).

It’s something one hears sometimes – the importance of simply “showing up.” I’ve always understood the thrust of that in an intellectual sort of way. But this record was like a little crucible wherein I was able to directly observe and gain a felt experience of precisely what that meant. The songs are the songs, and you may or may not enjoy them but, for me, the real takeaway of this grand DIY experiment wasn’t ultimately about the songs; rather, what I learned along the way.

If you have creative inclinations – in whatever vein – that’s the word of encouragement I want to share:

Show up. Throw stuff at the wall. Daily. See what sticks. Even if you feel unsure – trust the process.

As to this particular song here – What’s In The Box? – it’s my favorite one on the record.

Sorry… did I say “favorite?” What I must have meant was “longest.” Let’s call it a fitting audio accompaniment to this particular post.

To me, there seem to be elements both sweet and sinister at play. As to sweetness, I originally thought to name it Honeytree, but then remembered Trip Shakespeare had a similarly titled song; and I didn’t dare tread on such sacred territory.

I seemed to have some vague recollection of a “honey tree” being part of the Winnie The Pooh catalogue. I looked it up, affirming this to be true. Then I remembered how my dad always used to tell me Pooh was voiced by this fellow, Sterling Holloway. I looked him up, too, to find he also did the voice of Kaa in The Jungle Book (take a listen and you’ll find this immediately apparent – Kaa sounds like Pooh with a lisp). I saw his acting credits included an appearance in an episode of The Twilight Zone, which – as so happens – my kid had just begun enjoying on Netflix.

We checked out the Holloway episode, entitled “What’s In The Box?” Sinister element, indeed.

The song’s title was hereby sealed.

LISTEN – What's In The Box?