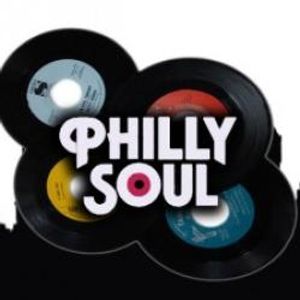 A few days ago, I was nerding out to Smithsonian Mag and came across an article on how control of fire was a turning point in human evolution. That’s something I remember hearing about while growing up but, outside of whatever basics I might have gleaned in grade school, it was pretty cool to read just how the advent of learning to control fire had ramifications for brain development overall. The article also cites how Darwin posited fire and language as the two most significant achievements in the history of humanity.

Yeah, I know this is all a totally roundabout way of approaching the topic of pop songery, but welcome to the weird world of cognition, ADHD-style.

This here tune happens to be my favorite on Clutching At Straws.

As to language, the lyrics to Heat are probably among the more straightforward ones on the record. That’s probably appropriate, given the primitive timelessness of its topic; when I inquire “heat – can you feel it rise?” I assure you we’re not talking about open flames per se here, unless it’s in the vein of Jimi similarly declaring “let me stand next to your fire.”

It’s true fact I’ve always had a bit of a problem playing with fire but my Molotov Cocktail Story is one for another time.

What’s getting me more hot & bothered at present is thinking about how songs evolve.

As noted in an earlier post, all the songs on the forthcoming album originated with the intention of being just a vocal with accompanying acoustic guitar. I wrote almost a whopping 70 songs in preparation for this record, wanting to pare it down to what I thought really were the best ones – and part of the thrust there was trying to ensure the songs stood well on their own, with no embellishments.

Even so – and although some of the final recordings did wind up being precisely that threadbare – it seemed 18 songs all with such similar treatment might be a little one-dimensional. Heat wound up being one of the more elaborately orchestrated tunes, and I’m attributing that, with much glee and gratitude, to Patrik Tanner.

Once we got it off the ground in the studio, it was still pretty basic – vocals, drums, bass, acoustic guitar, 12-string electric and a little bit of droning secret sauce. It was simple and had a lot of breath and wide-openness to it, and I really liked it already by the time it’d reached that point.

When it came time to mix, I invited Patrik to adorn it with whatever else he thought it might need in terms of finishing touches.

Boy, was I surprised and delighted with what came back my way.

While I’ll take my due credit for writing the song, it’s Patrik who really raised it to the next level. All sorts of juiciness, from lush background vocals to chorus-y guitar and sitar bits. He said the song was evocative of ‘70s Philly Soul. His Producer Mind is always encyclopedic like that. I didn’t know a whole lot about Philly Soul but I went to look it up and so can you. Look how easy I make it for you.

What’s awesome about hanging around this Whirlwind-Called-Music long enough is, after awhile, your stubborn streaks start to disintegrate. My first album was a control freak level proposition. Mr. Independence wanted to assert he could do it all. As it turns out, letting go, handing things over or even (God forbid) accepting help from others is the stuff of windfall most rich.

I love everything Patrik did on this. I can’t imagine a cooler outcome.

(Kids: I know you’re out there with your puffy egos and your laptops and your indie ethics but here’s my way of saying via run-on sentence I know you’re not reading this but if you were you’d already be hiring this dude to make your songs vastly more awesome.)

Clutching At Straws will be widely available on Jan 4, 2019.